Where myth meets history – this is the feeling you have taking this fabulous tour to two of the most important and famous archaeological sites of ancient Greece – Mycenae & Epidaurus with a stopover in the beautiful town of Nafplion.

1st DAY: We begin our two day tour leaving Athens in the morning and arriving, via the coastal highway firstly for a short stop over at the Corinth Canal, an engineering marvel of the late 19th century, connecting the Gulf of Corinth with the Saronic Gulf.

From there we move on to Argolida, arriving at Mycenae (a UNESCO World Heritage).

According to Greek mythology and Homer’s writings, this was the town of Agamemnon, leader of the Greeks during the Trojan War. Schliemann was able to find Mycenae based on Homer’s epic work and using it as a guide.

Mycenae is a very important archeological site of Greece and was the center of the Mycenaean civilization (from 1600 to 1100 BC), here you can see the Cyclopean Walls, the Lion Gate (possibly the most famous site of Mycenae), the Tomb of Agamemnon, the huge arches and the palace of Mycenae.

The most important monuments visible today were erected between 1350 & 1200 BC, when the Mycenaean era was at its peak.

After Mycenae our tour will take you to Argos, then on to Nafplion (the first capital of modern Greece in 1829), with its impressive fortress of Palamidi towering above the town.

After having lunch at Nafplion, we will have a free afternoon to take a walk and see the sites of the town or if preferred, go for a swim.

Nafplion is a beautiful and romantic town with its narrow streets, and elegant mansions giving the impression and feeling of walking in the past.

At the port entrance there is the small castle of Bourtzi used in the past to protect the town from naval attacks.

We will then spend overnight in the town.

2nd DAY: Nafplion, in the morning, will be free again to either go swimming or just strolling around the town. After this we will be departing for Epidaurus.

Arriving at Palaia Epidaurus, we will visit the ancient city theater, a very well preserved theater (the small Theatre of Epidaurus) built in the 4th century BC, dedicated to Dionysos the god of wine.

The theater originally accommodated about 2000 spectators. We will then go to Asklepieion of Epidaurus (a UNESCO World Heritage Monument) which was an important healing center, considered the cradle of medicinal arts and the mother of all other Asklepieia built throughout the Hellenic world. This was considered to be the birthplace of Apollo’s son Asklepios.

The Theater of Epidaurus (built in the 3rd century BC) is the best preserved theater of ancient Greece which is still used today for the Epidaurus Festival because of its incredible acoustics, allowing spectators to hear perfectly unamplified spoken word in all parts of the theater. There are seats for about 12,000 spectators. 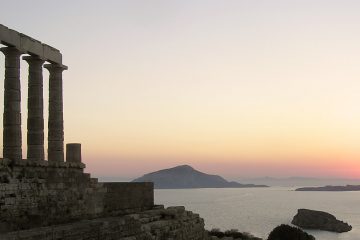 Visit the impressive Temple of Poseidon on
4 hrs
All year 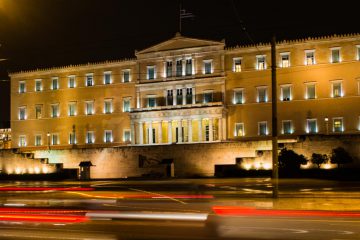 This tour will enable you to experience
5 hrs
All year
TICKET PRICE
From: 178.00€ 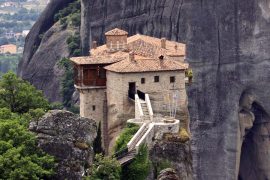 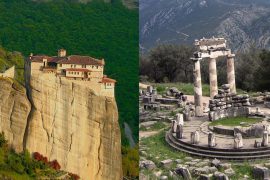 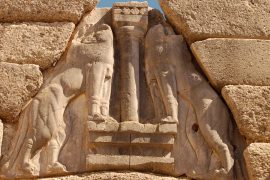 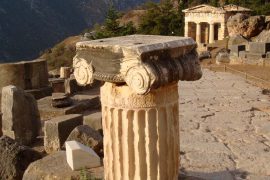 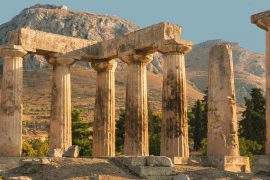 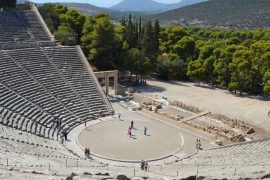