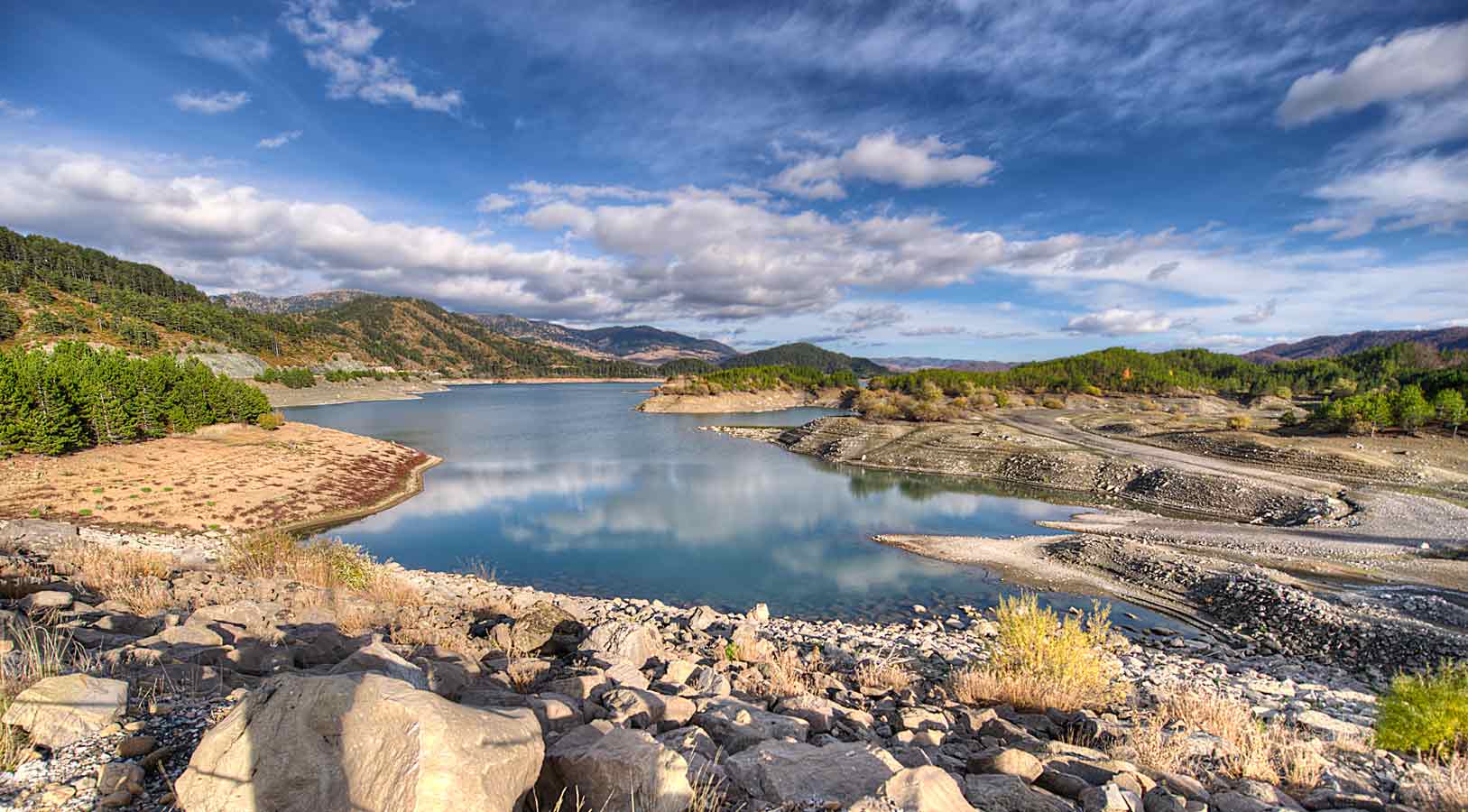 Welcome to a magic trip to Greece and its fascinating texture! We take you by the hand and lead you into the joyful celebration of Greek life through exploring, adventuring, tasting and sharing hidden corners of this magnificent place.

Travelling in Greece does not only include amazing Greek food and wine, it also unwraps unique experiences that make you escape from your comfort zone, create lifetime memories, broaden horizons and transform life.

As we dive into the extremes of our home country, you will be embraced with an endless source of surprise and fascination. There is no doubt that Greece is much more than just the most beautiful country on earth. It is History, Culture, Nature, a brand new way of Life!

As you unwind among its best-kept secrets, this heaven will ignite a sort of awakening and it will inspire and overwhelm you with passion for nature and life.

Welcome to one of the most fascinating trips you could ever do in Greece, together we unwrap and lay bare the pure essence of our amazing country.

All senses get ignited as we travel deeper into our history and culture while discovering awe inspiring hidden treasures and tasting excellent, authentic Greek cuisine combined with a variety of fabulous local wines.

This is truly a travelers dream experience, a journey of a lifetime!

A welcome premium dinner is served with a spectacular view of the Acropolis.

Our tour starts off with several important attractions in Athens, described perfectly by our English speaking guide, with exceptional knowledge of the Ancient and Modern Greek History certified to offer private tours in all museums and archaeological sites.

I) Our tour begins with a visit to the New Acropolis Museum which was finished in 2009 comprising of three stages, each stage representing different periods in the history of the Sacred Hill. It was constructed to house the priceless exhibits found on the Acropolis, during the many years of excavations. Some of the exhibits here were also found during the excavation for the construction of the museum.

II) We ascend up to the Acropolis (called also the Sacred Hill), we have a lovely view of modern Athens arising around the hill.

III) We descend down to the Herodes Atticus Theater, built in 160 AD and used in the Athens Summer Festival to house world famous performers creating a marvelous atmosphere which is unforgettable.

IV) We will visit Plaka, (the old historical area of Athens, on the slopes of the Acropolis Hill) which is like a village within the city of Athens, so different to the rest of Athens – it will amaze you with its labyrinth type of street construction as you walk thru its narrow paths. Once in Plaka (also known as the Neighborhood of the Gods) with its neoclassical architecture, you get the feeling that you have travelled back in time to another era, which has sadly left us forever. The central street of Plaka, Andrianos is a must for all visitors to see and shop from the many souvenir shops existing there.

V) We will visit the Temple of Olympian Zeus, the largest Temple in the Athens area.

VI) Our tour continues on to the Panathenaic Stadium. Located on the site of an ancient stadium, it was the site of the first Olympic Games in 1896, and the place where the Olympic Flame sets up its journey to each Olympic Games city every four years.

VII) We will visit the Benaki Museum, the only museum in Greece that takes the visitor thru every age of Greek Culture and History. For lunch we will enjoy a tasty souvlaki along with a cold Greek beer and our first day will be over with an unforgettable dinner – authentic Greek cuisine made with the best local ingredients.

Soon after leaving Athens we will be arriving in Delphi (a World Heritage Monument), an important Archaeological site, set in a lovely landscape at the foot of Mount Parnassus – a perfect start for our tour. Delphi is one of the most important archaeological sites in Greece, comparable only to the Acropolis of Athens. The Pan- Hellenic sanctuary of Delphi, located in an impressive landscape, was for centuries the cultural and religious centre and unity for the Hellenic world, having the most famous Oracle of Ancient Greece. According to mythology, Zeus sent two eagles from the ends of the universe to find the naval of the world, and this is the place where they met. The history of Delphi begins with the myths of ancient Greeks, that in the beginning the site was sacred to Mother Earth, guarded by a serpent Python. Apollo later killed the serpent and in gratitude a sanctuary was built there to honour him.

The Delphi Archaeological Museum, one of the most important museums in Greece exhibits the history of the area, comprising statues (including the unique bronze statue of the Charioteer), sculptures and other objects found on the sanctuary. Lunch will be served at an excellent local tavern, with authentic homemade Greek meze. After lunch we will continue to Arachova, a picturesque village on the mountain slope near Delphi. Arachova is famous for its Formaela cheese and local cuisine, its nearby ski facilities, small houses and cobbled streets, colourful textiles and rugs. At one of the traditional local bars in Arachova we will have a cheese and wine experience.

Next morning we drive towards Nafpaktos, passing thru Itea with its abundant olive trees and a dazzling panoramic view of the Corinthian Gulf. We finally arrive in Nafpaktos a beautiful picturesque town standing on the Corinthian Gulf, with natural beauty that is difficult to find elsewhere. Between Antirrio and the river Mornos, Nafpaktos with its 15th century Venetian Castle (one of the best preserved) and small but very beautiful Venetian Port reflects its historical importance in the area. A guided tour of the castle will be conducted followed by a lunch “meze” consisting of freshly caught seafood sitting under the shade of a plane tree, enjoying a superb view of the exceptional Castle. We then continue on towards Ioannina, capital of Epirus, a beautiful city built around the western shore of the lovely lake of Pamvotis. Once there, we will be treated to an exceptional dinner, next to the ruins of the summer palace of Ali Pasha of Ioannina, and then off to relax in a genuine palace, having a comfortable sleep while enjoying all the luxury and unique facilities available in this amazing hotel.

The Zagoria area is part of the Epirus region, famous for its natural beauty and its famous Gorge of Vikos, one of the deepest gorges in the world. Many extreme sports are available in the area due to its geological formation, which include trekking, rafting, horse riding and mountain climbing. The lovely area comprises of a group of 46 villages spread around the mountains on the north east side of Epirus between the Pindos Mountain and the Ionian Sea. The villages all have a natural beauty rarely surpassed, with a distinct architecture of stone-built traditional houses and several arched bridges found in the vicinity. The marvelous fountains, rivers and rare flowers are part of the natural beauty of Zagoria. We will then have a short stop at the monastery of Agia Paraskevi, founded in 1414 which has a breathtaking view of the famous Vikos Gorge meeting the one and only monk living there. Lunch will be given at Kikitsa’s, enjoying her delicious handmade pies which are called pites, by the locals. On our return from Zagoria, we will end our superb day with a gourmet dinner at the hotel. Later we will enjoy a walk around the historical part of Ioannina, taking you back to another era, with many distinctive attractions in your view like the Ottoman Mosque of Veli Pasha. We will visit the Castle of Ioannina which is located on the south-eastern edge of the town, built in 528 A.D it is the oldest Byzantine Castle in Greece. There are several monuments inside the castle which include the Byzantine and Ottoman baths and the Ottoman library.

In the morning, after breakfast we can take a boat trip to the little island in the middle of Lake Pamvotis (islet of ‘Kira Frosini’) which is the only inhabited island lake in Europe! It is one of the prominent attractions of Ioannina, with its six monasteries and one of them is the monastery of St Panteleimon, which has now been converted to a museum with relics and other items from the period of Ali Pasha. We then drive towards Metsovo and have a private tour at the Katogi Averoff Winery, which makes some of the finest wines in Greece. There we will be served wine, meat and cheese. Later on we will visit the Averoff Art Gallery with a collection of the most significant Greek artists of the 19th and 20th Century, housed in an impressive building. We will then trace Aoos Spring Lake (an artificial lake constructed in 1987), admiring its beautiful and calm scenery. Dinner will be served with excellent local food having a magnificent view next to the fireplace.

We will then be visiting one of the most beautiful places in Greece. Meteora, which means ‘’suspended in space’’ is one of the main groups of monasteries, second only to Mount Athos in importance in all of Greece. The first monks arrived on the cliffs in the 11thcentury, and in the following centuries several monasteries were built by the only way materials could be carried up the 400 metre cliffs – by pulling up the material in baskets. Till 1920 this was the only way of getting material up, while the monks had to climb up the steep rocks to reach the top. Now you can reach the top by following the steps which have been cut into the rock. The monasteries have been classified by UNESCO as a ‘’unique phenomenon of cultural heritage’’. The most important Monastery is the Great Meteoron which was built in the middle of the 14th century. Meteora is a blend of natural beauty, history, man made scenery and man’s desire for spiritual elevation where the visitor can enjoy one of the best panoramic and majestic views possible of the Plain of Thessaly. It has been estimated that the rock formation was created approximately 60 million years ago, earthquakes and weathering helped to give their present shape. A barbecue dinner with local meat and wine will be served.

As we drive back towards Athens, we will visit one of the first bio- dynamic farms in Greece, just outside Larissa. A family run farm of a 3rd generation of farmers who created this certified Greek bio-dynamic farm. There we will learn how to make no-knead bread, discovering the eight myths about organic food and after we will have a tasty lunch made with local products.
We will then end our trip as we arrive in Athens.

Explore Classical Greece at its very best
4 days
All year